Say It With Your Chest speak on a panel at Parliament regarding knife crime. -
Skip to content

We were on a panel discussing knife crime in parliament last week. We have adapted our speech that we delivered  last week into a blog post. Please see the adapted version of our speech below:

Hello my name is Sabrina Jones and I am from Essex. I have a first class degree in psychology and I have spent the majority of my career working with young people in various educational establishments. In this blog post I will be speaking about knife crime because I want to raise awareness of how important early preventative methods are. Currently, there are not enough preventative methods for knife crime and this is something that needs to change. I decided in September 2018 that I personally could not wait for change to occur, therefore I left my full time job to create an early preventative solution. The solution I created was in the form of a social enterprise called Say It With Your Chest.

We have three aims as an organisation:

This blog post will offer my perspective on how knife crime has impacted those I work with whilst also giving you an insight as to why some students get involved in knife crime. I will also speak about what changes I believe need to be made in society to stop the public health crisis.

What are the reasons that some young people turn to knife crime?

Generally young people do not trust the police to protect them, therefore to protect themselves they carry a knife, which ends up in them using it if they get in a situation of conflict. Young people also feel that other people are carrying knives and they would rather be a perpetrator than a victim because they are simply trying to survive the environment that they are living in. Gang initiation is also another reason why young people are turning to knife crime. Additionally, sometimes young people associate with the wrong people and then they find themselves in a situation that they feel they cannot leave. For example young people in some cases are being exploited they are told ‘’you stab this person or you will be stabbed.’’ Young people have told me that they do not value their own life, therefore they do not value the lives of others. I conducted a survey at a pupil referral unit ( this is where excluded children are educated). I was shocked to find that 100% of the participants said that they would rather be feared by all than loved by all. I think this mindset is a big factor why young people are turning to knife crime.

What is the impact in my community?

Knife crime has had a great impact in my community. 2019 has been the year where I feel that knife crime has started happening in areas that it would not normally happen i.e the London borough of Havering. In March 2019 a girl was stabbed in the back around a 20 minute drive from where I live. The whole community was shocked including myself as knife crime is not something that typically happens in Havering. Jodie’s death led to residents from Havering arranging a march where over 500 people attended.

Although she is the only person to have died from a knife attack in Havering in 2019, the use of knife violence is not an isolated event. Young people are travelling from outside of Havering, to Havering and threatening young people with knives if they do not hand over their bikes, money, phones etc. There is definitely a feeling of unrest in the community. This has driven parents to do patrols on the streets and in local parks. A campaign was also launched called ‘’take a knife, save a life’’. In general, I feel that there is an increased negative perception of young people and a feeling of distrust within my community between young people and adults.

What are the solutions?

Stop and search is intervening too late and it does not look at WHY the young person felt the need to carry a knife in the first place. The focus has traditionally been on intervention but the balance needs to shift to prevention. I am happy to see that this is something that the Home Office is tackling by investing millions into the Youth Endowment Fund to discover what early interventions works for youth violence. Another solution is listening more to what young people’s needs are. For example many young people say if they had a youth centre or somewhere to go after school they feel this would make a big difference in reducing knife crime.

I believe that focusing on reducing exclusions in schools is also a solution to knife crime. According to the Mayor’s Office for Policing and Crime “ Certain groups of young people such as those who have been permanently excluded show a greater risk of being exposed to knife crime and gangs.” Furthermore, research conducted by children’s charity Barnardo’s and the All-Party Parliamentary Group on Knife Crime found that “86% of parents in the capital are worried that excluded children are most at risk of being involved in knife crime and serious youth violence than those in mainstream schools.” This is one of the reasons why  Say It With Your Chest focuses on reducing the rates of exclusions. However, more awareness needs to be raised regarding lowering exclusions being one of the possible solutions to knife crime.

Everyone in society also needs to work more collaboratively, as everyone has a different piece of the puzzle that they can add to help solve the problem of knife crime.

I would also argue that some young people involved in knife crime are a victim but we are seeing them as only a perpetrator because we are not taking the time to understand that possible exploitation is taking place. This is something that needs to change.

Why is it important that young people’s voices are heard when thinking about tackling knife crime?

A rule of starting any business is that you have to consult your target market. So why are we not adapting that same methodology when it comes to young people, solutions are being created without consulting the people who are affected. Young people have the answers to the problem but the question is are the right people listening? I have seen first hand how effective it is giving young people a voice and young people need to be encouraged to SAY IT WITH THEIR CHEST whatever it is that they think about knife crime and the proposed solutions. Including young people in creating the solution will also give them a sense of empowerment and it will be a positive example of how they can lead positive social change regarding things that matter to them. If young people are not involved in planning what is to happen, or not consulted about what they want or need, we should not be surprised when they respond with resentment and a low level of cooperation. An approach based on partnership , by contrast is likely to produce a much higher level of commitment. 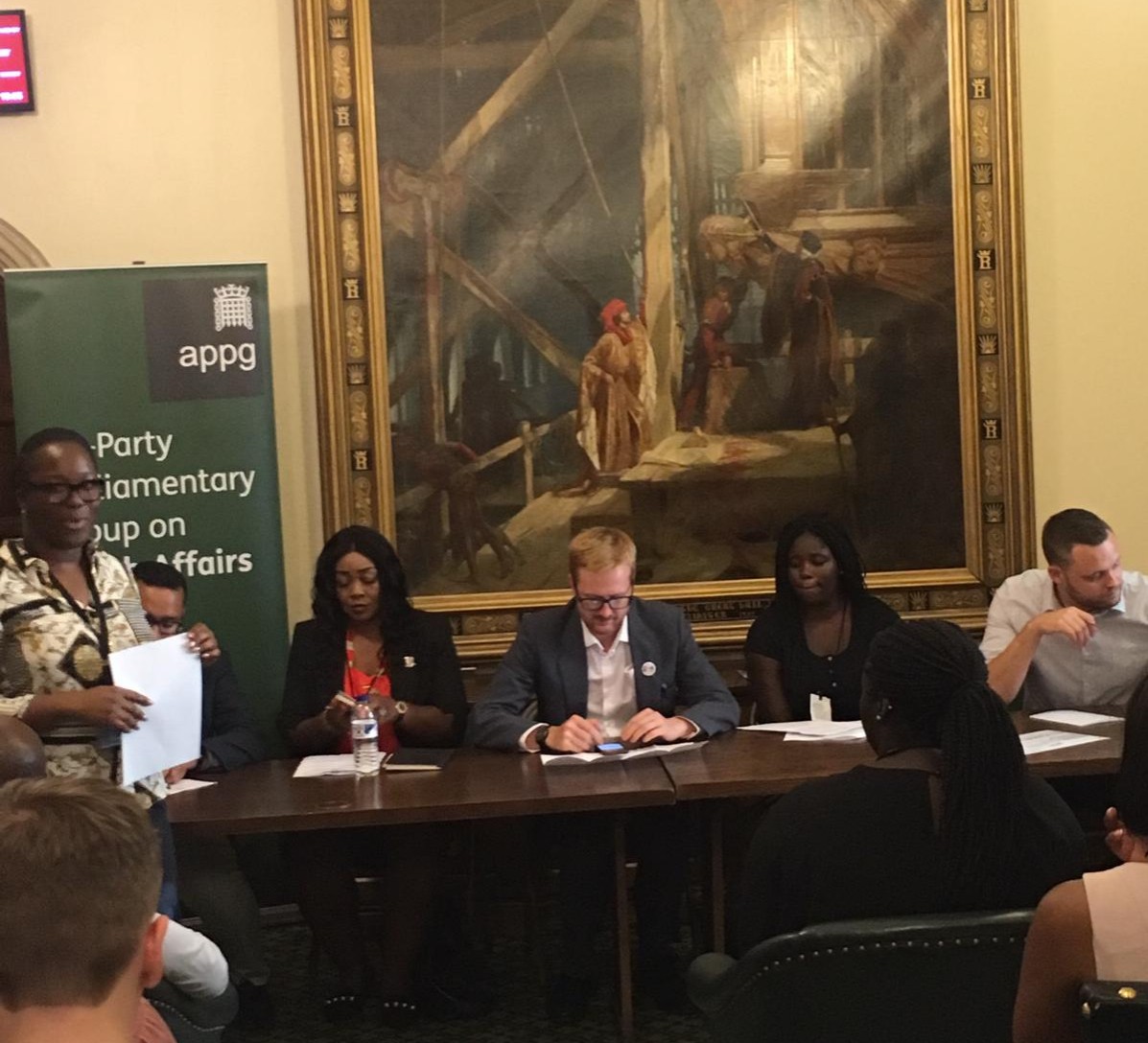