We were invited to deliver a presentation at Goldsmiths University of London regarding the 'school to prison pipeline' and our Switch Ambassador Programme. The school to prison pipeline is a process where certain disciplinary practices in schools increases the likelihood that certain students will come into contact with the  criminal justice system. 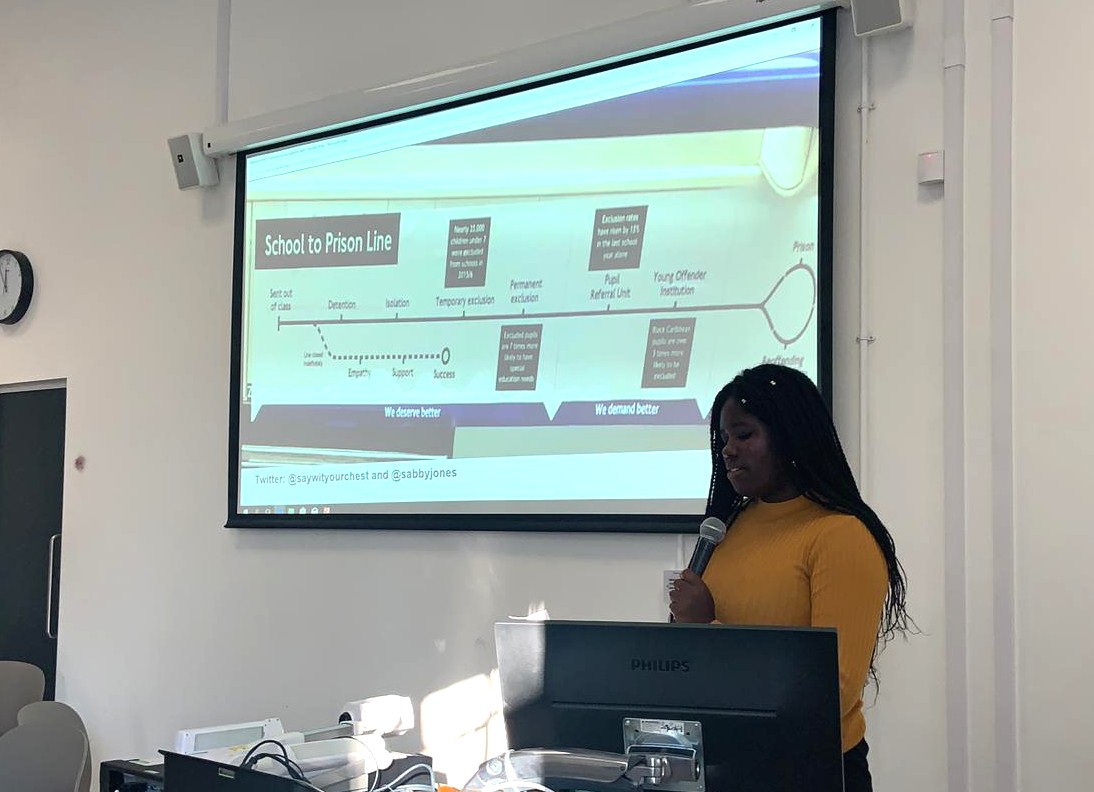 There is a lot of evidence which supports the school to prison pipeline. For instance, The Ministry of Justice ¹ conducted a study and they found that 63% of prisoners reported being fixed period excluded when at school and 42% of prisoners reported being permanently excluded. The excluded prisoners were also more likely to be repeat offenders than the other prisoners. Even research dating all the way  back to 1995 supports the idea of the school to prison pipeline. ²  Research was conducted and it was found that three quarters of males, and nearly half of the females who had been temporarily excluded, and all the males and over half the females who had been permanently excluded from school, were offenders.²

Being excluded from school also limits future prospects. For example:

Say It With Your Chest recognises the negative impact that the school to prison pipeline can have. We therefore focus on stopping the school to prison pipeline via  our Switch Ambassador Programme. Our programme works with students who are at the highest risk of exclusion. The programme consists of bespoke group workshops and 1:1 mentoring sessions which look at why the behaviours which can lead to being excluded are occurring. Topics vary but some of the topics that could be covered are the power of choices and why do I feel this way. The programme also gives young people a voice, by engaging them in conversations regarding how they can be better supported to stay in school and engaged with their education. Currently, students might rightly feel that all decisions around their education and lives are made by others; this can leave them feeling dis-empowered. The Switch Ambassador Programme empowers students rather than rescuing them, because we want students to take ownership of their future, their choices and the person that they want to be.